Dear students,
I miss you, I hope see you soon. Meanwhile, I would like to share with you this wonderful video, found in youtube: 500 Years of Female Portraits in Western Art Espero que estéis bien y que estudiéis bastante.
Abrazos,
Eli
Publicado por Eli en 3:07 No hay comentarios: 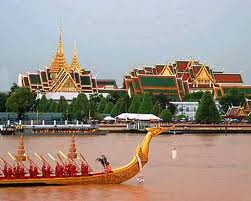 Asia is the biggest and most populated continent with 53 different countries. More than 60% of the people live in Asia. Indeed, there are more than 4 billion people in Asia and almost 7 billion people in the world!!!
Asia begins at Suez Canal (in Egypt) and is east of the Ural Mountains and South of the Caucasus Mountains, the Caspian Sea and the Black Sea. Siberia (in Russia) is in the very Northeast of Asia and is separated from America (Alaska) by the Bering Strait. The Indian Ocean is in the South, the Arctic Ocean is in the North and the Pacific Ocean in the Southeast. Some geographers do not consider Asia and Europe to be separate continents, as there is no logical physical separation between them.
Because of the size an diversity of people, languages, geography and history, Asia is a mixture of cultures and regions from China to Israel to Uzbekistan. Asia has many different natural resources, such as petroleum, minerals, fish, water and metal.
Publicado por Eli en 3:54 No hay comentarios: 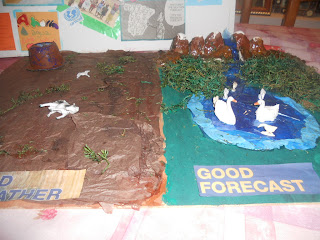 This wonderful work was made by Hannah and Sofía. They did it about the terrible consequences of drought for the living beings. 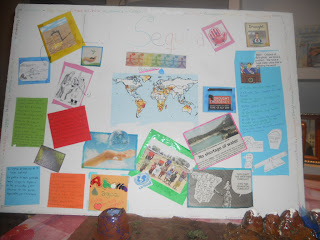 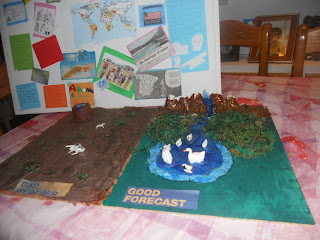 How big is Africa?:

INTERNATIONAL DAY OF PEACE IS COMING